Table tennis game, also called Ping-Pong, ball game similar in principle to lawn tennis and played on a flat table divided into two equal courts by a net fixed across its width in the middle. The object is to hit the ball so that it goes over the net and bounces on the opponent’s half of the table in such a way that the opponent cannot reach it or return it correctly. The lightweight hollow ball is propelled back and forth across the net by small rackets held by the players. The game is popular all over the world. In most countries, it is very highly organized as a competitive sport, especially in Europe and Asia, particularly in China and Japan. 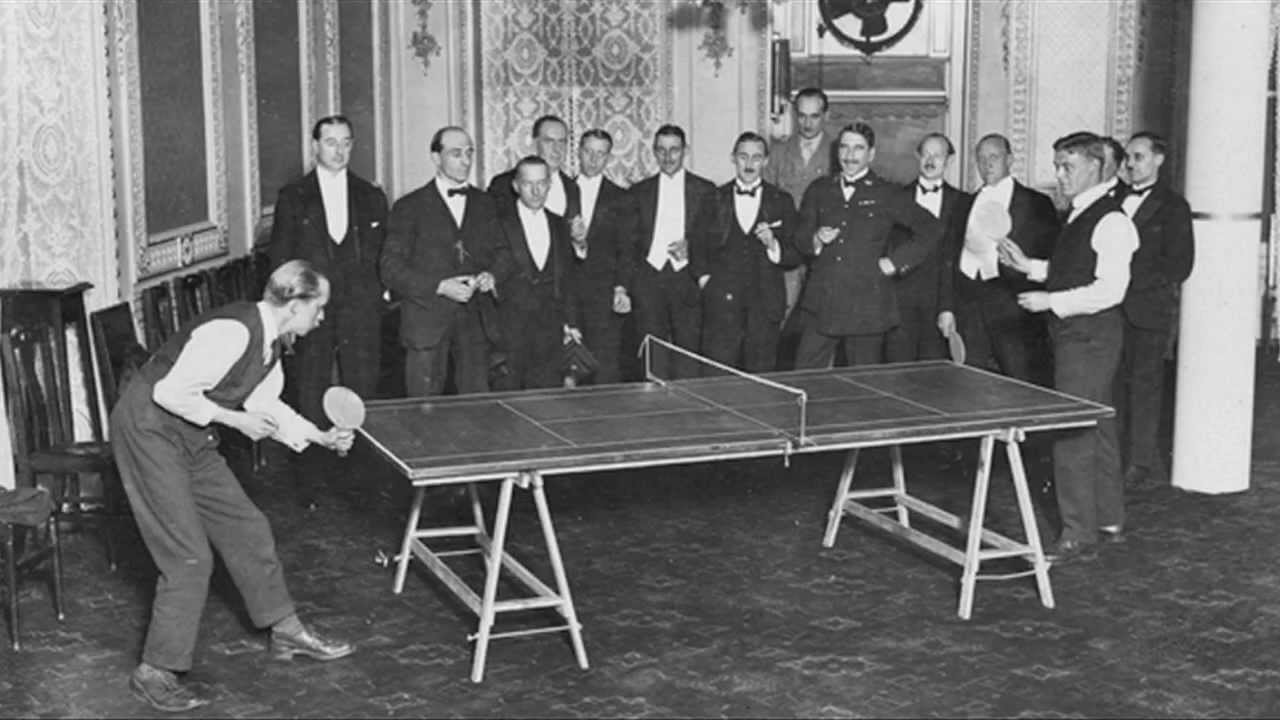 The table-tennis was invented in England in the early days of the 20th century. It was originally called Ping-Pong, a trading name. The name table tennis was adopted in 1921–22 when the old Ping-Pong Association formed in 1902 was revived. The original association had broken up about 1905, though apparently the game continued to be played in parts of England outside London and by the 1920s was being played in many countries. Led by representatives of Germany, Hungary, and England, The International Table Tennis Federation was founded in 1926. By the mid-1990s more than 165 national associations were members.

A match consists of the best of any odd numbers of games, each game being won by the player who first reaches 11 points or who, after 10 points each, wins two clear points ahead. A point is scored when the server fails to make a good service, when either player fails to make a good return, or when either player commits a specified infraction. Service changes hands after every two points until 10-all is reached when it changes after every subsequent point.

The serve is made from behind the end of the table, the server tossing the ball upward from the palm of the free hand and striking it as it descends so that it first bounces on the server’s own court and then, passing over the net, bounces on the opponent’s court. In serving, no spin may be imparted to the ball by the fingers. 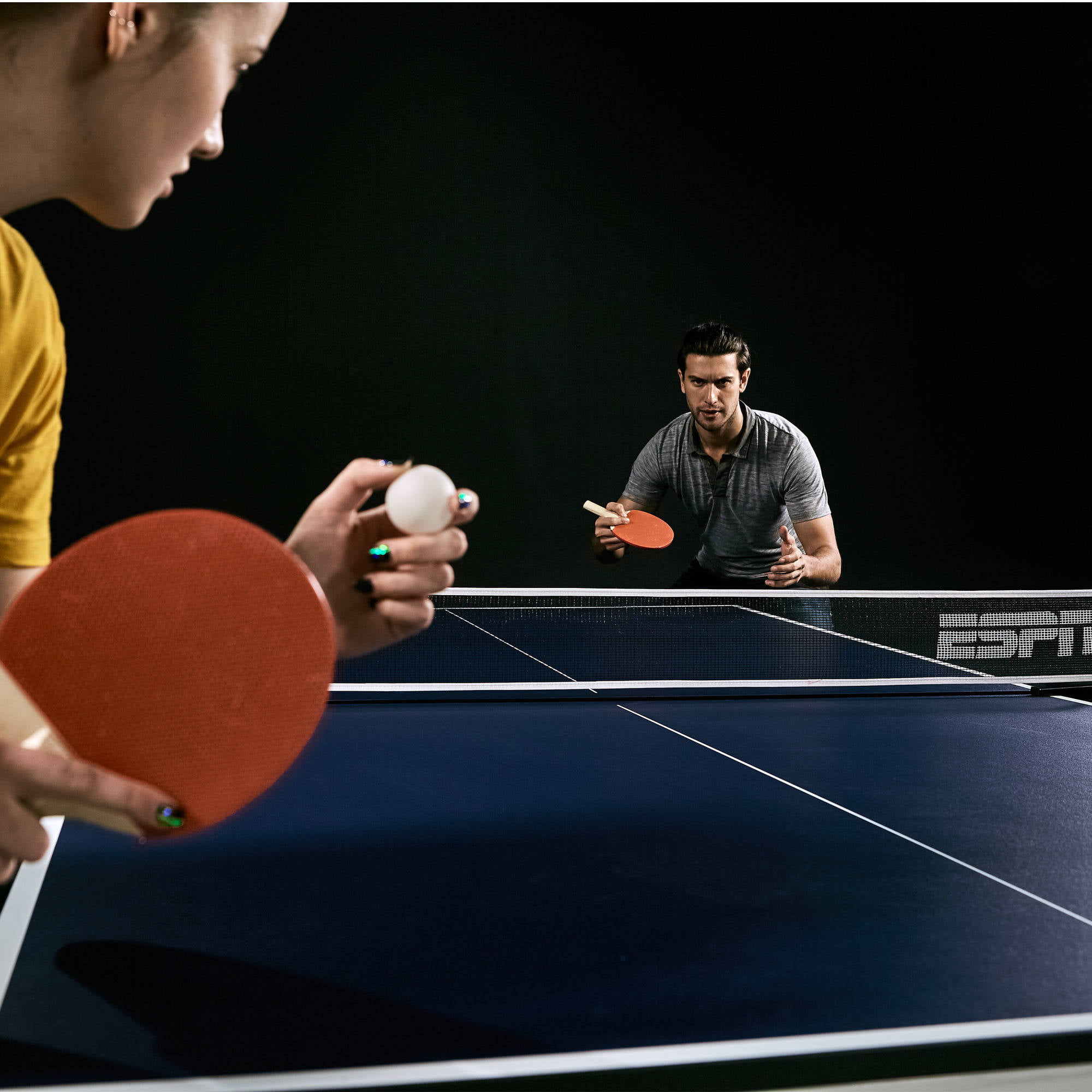 Interest to the spectator lies in observing the ability of one player to defeat another by well thought out strategy. Increasing the speed of the game, slowing it down, varying the direction of or imparting different spin or pace to the ball, and employing gentle drop shots over the net when the opponent is out of position are some of the tactics that may be used to support the strategy planned.

Table tennis may be played with one player at each end of the table or with two players at each end. Table tennis as well as being fully organized is also extremely popular as a recreational game and is so played in all types of sports clubs, social clubs, and game rooms, in the home, and even out-of-doors when conditions are reasonably calm. 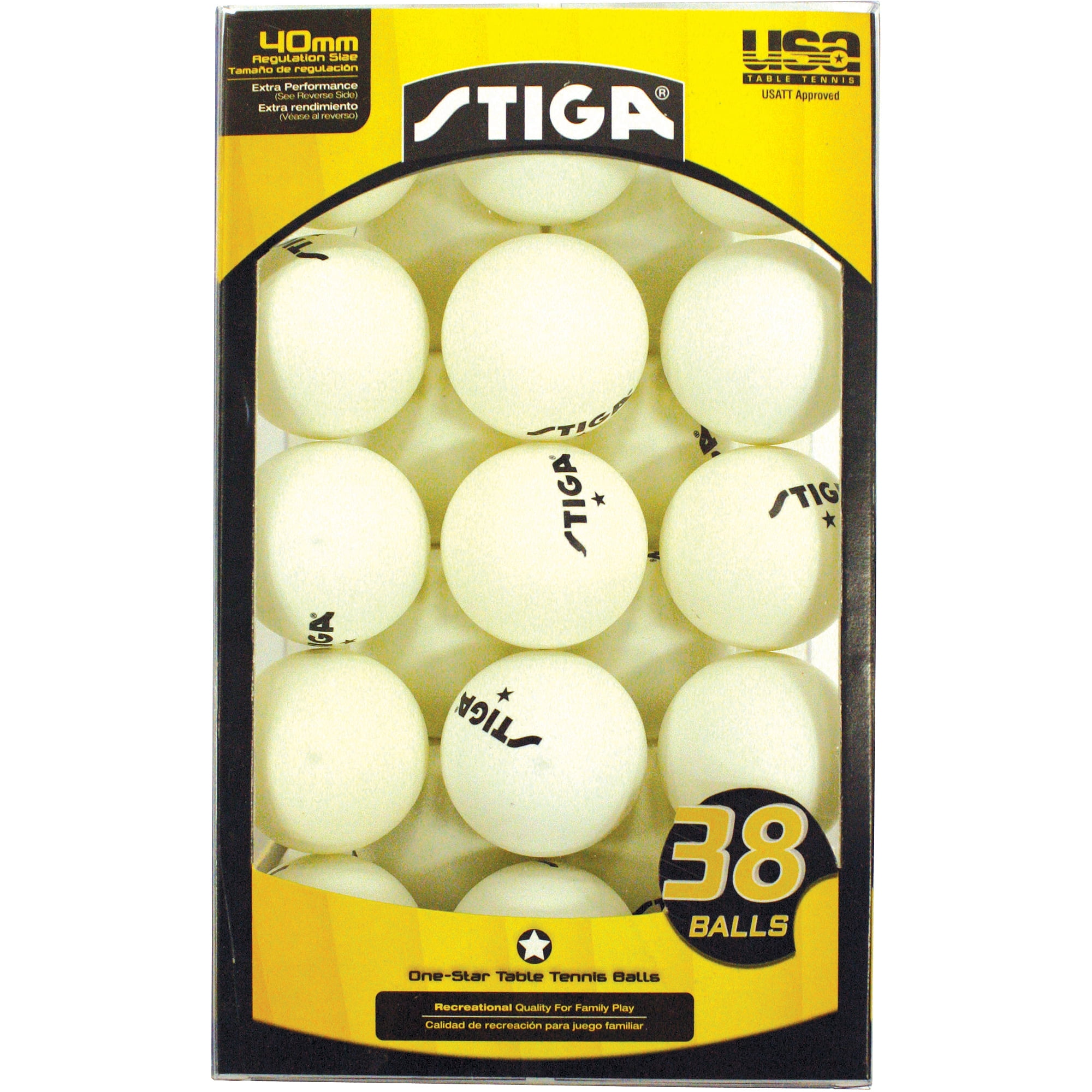 The ball that is used in the game is a 2.7 gram, small celluloid ball. It is usually colored white or orange depending on the preference of the players. They can come in different qualities with those possessing 3 stars being the best kind. And is often recommended especially to those who are just starting up. Also, they come in a range of sizes from 38 mm to 54 mm in diameter. However, the 40 mm diameter ball is the one that is used mainly on international leagues and competitions as it is the one that is specified by the International Table Tennis Federation of ITTF. 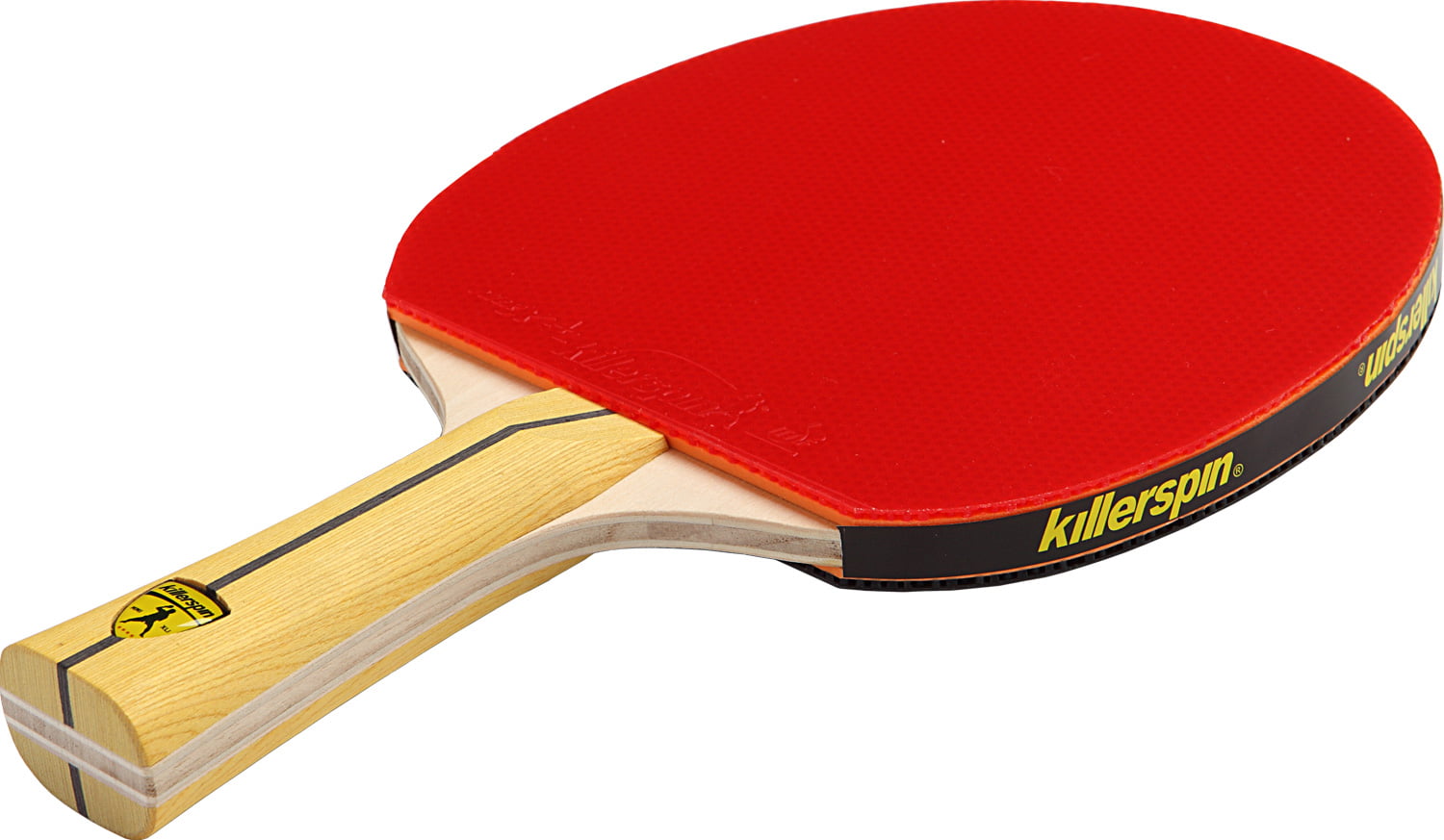 The table tennis racket or paddle is another important piece of equipment. It is used in hitting the ball back and forth on the table. Its shape is similar to the ones used in the game of tennis except that it is smaller. And It is also made from different materials. The racket is usually made of wood and rubber and is divided into two parts: the handle and the blade. The quality of both of the parts of the racket can affect the force that can be applied by the player and it is important the player chooses the best kind of rackets in order to really improve. Aside from that, the player must take notice of the kind of rubber that is used on the blade. As this can affect the type and amount of spin that can be used in hitting the ball. 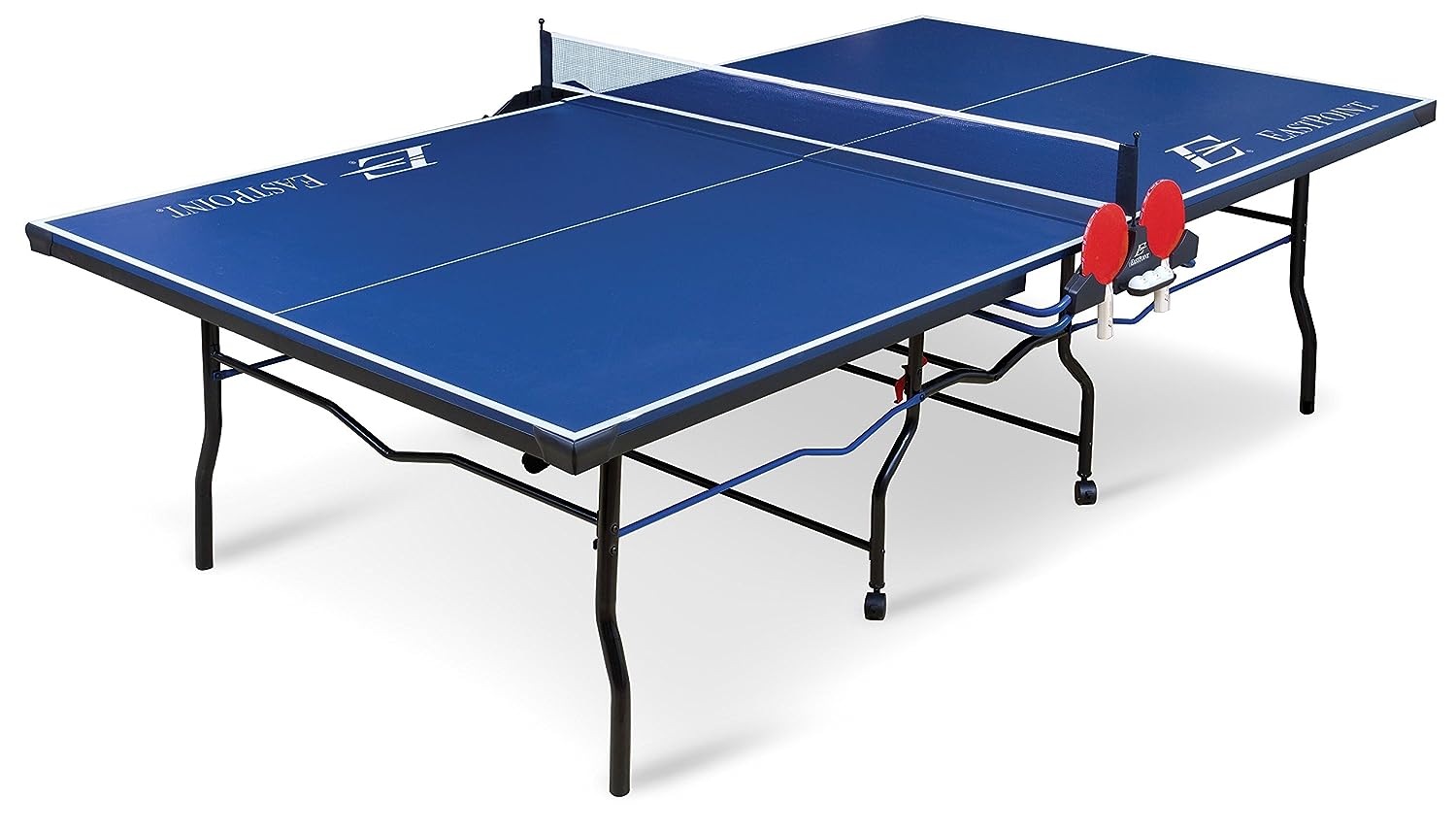 Included in the list of important table tennis equipment is the table where the game is to be played. The ITTF specifies that the official table tennis tables that are used in the tournament must be 9 ft long, 5 ft wide and must be placed 30 inches high from the ground. They come in either green, blue or black in color and are usually made from a type of hardboard. The surface must be smooth to provide the lowest friction possible. The net which is the last piece of important equipment is usually brought together with the table. Whatever the case, it should be six feet long and six inches wide. And it must have an upper white tape that is not more than 15mm wide. Also, it should include an assembly so that it can be attached to the middle of the table tennis table.